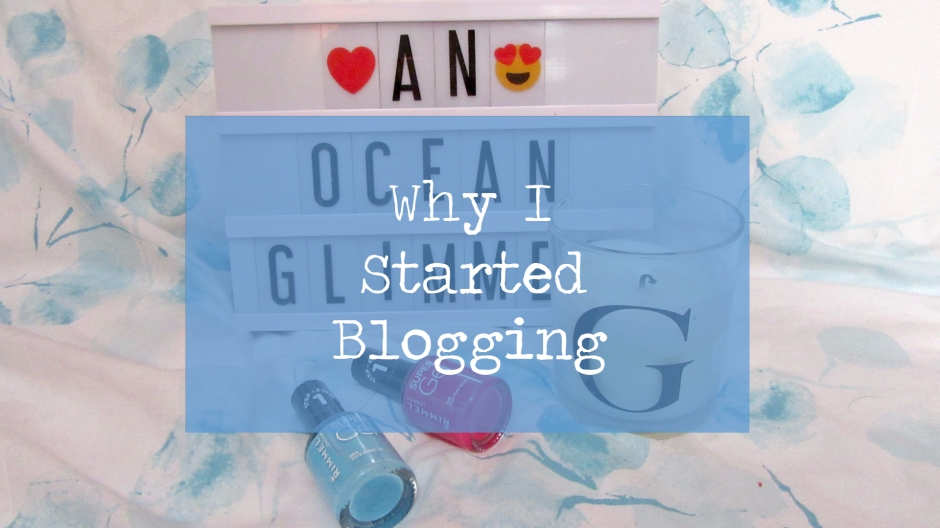 With the two-year anniversary of An Ocean Glimmer fast approaching, I thought I would explain Why I Started Blogging, now I know all bloggers write about this, but for me, I love this as you know a blogger on more of a personal level. Of course, everyone has different reasons for starting their blog. I feel blogging is kind of losing its value, becoming more about the money and products, rather than the love and passion.

Officially I started blogging five years ago when I was in my first year of College studying Media, we were told it was a good platform to impress future employers. We could either chose Blogspot or WordPress, I couldn’t get along with either so I went for Tumblr. Now it was nothing special over there, it was just small reviews here and there about movies and games.

The biggest problem, I wasn’t interested in doing it, I never regularly posted so it just took a tumble. Until in my second year of University where my best friend had her own blog, from here, I thought maybe I could do it and this is where An Ocean Glimmer was born. Where did the name An Ocean Glimmer come from I hear you say? I know a lot of bloggers have their name within their blog name. 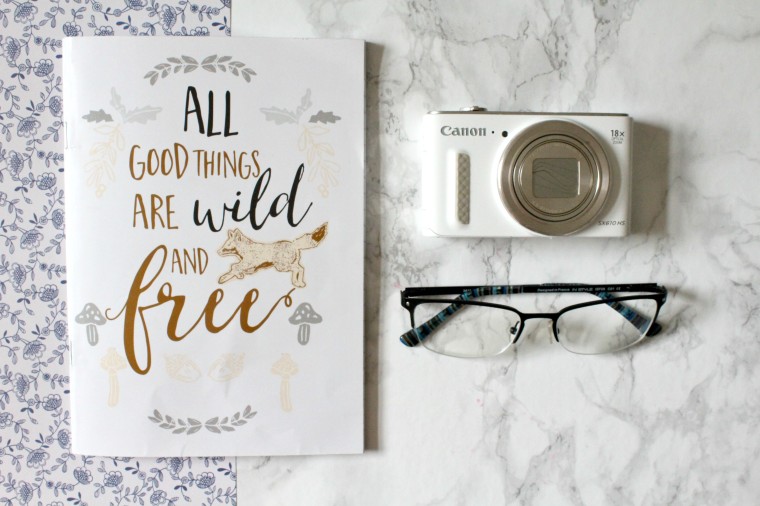 I didn’t want my blog to be the stereotypical Gemma something, I wanted it to be different, An Ocean Glimmer is an anagram of my first and middle names Gemma Caroline Anne, minus a couple of letters! I thought it was fitting with my favourite colour being blue, along with my hometown being by the sea. With me properly getting into my blog, I’ve been able to create a schedule.

I now publish twice a week, maybe more with special posts! I’ve managed to do Blogmas, which I am hoping to do again this year and I have only missed one month. Blogging comes with soo many rewards and I feel this is my main reason for sticking with it! I’ve received different awards for my work and I’ve been noticed by a few brands. I have also met some amazing people, the blogging community is one of the best.

Without them, I would be at a lost with soo much! I’ve yet to meet them face to face, but when I do, I know I’ll love spending time with them. When I received 5k views, I was soo proud of myself it made me realise that I can do this and create good content for my viewers. I thank you all because, without you, I wouldn’t enjoy this, onwards and upwards to 10k.

I hope you guys have enjoyed this post! I would love to know what you would like to see on An Ocean Glimmer. I’m always on the lookout for new content, as I don’t want to get writer’s block!

Another massive thank-youu to all the support, there’s not enough words to say how thankful I am.

32 thoughts on “Why I Started Blogging”